The Battle of Kohima: A Service of Remembrance and Gratitude - 7th July 2022 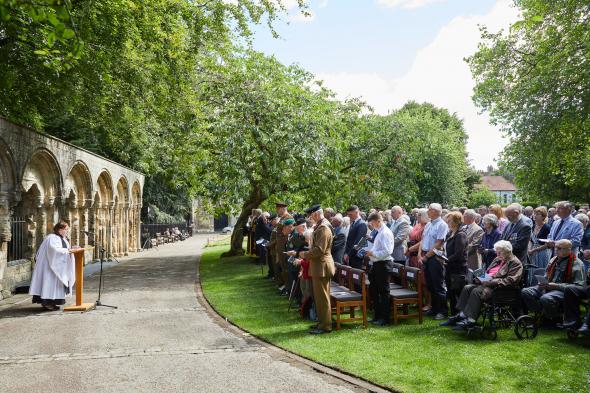 We met on Thursday 7th July for our annual Service of Remembrance in Dean’s Park at York Minster.  As always, it was a marvellous occasion when veterans, families and friends gathered in Dean’s Park in front of the 2nd Division memorial, a replica of the one that stands in Kohima.  We gathered to remember those ‘who did not come home’ and to meet other like-minded people whose fathers and grandfathers were involved in the Burma Campaign. We were honoured to be hosted by the Chapter of York who conducted the service and we were treated to the wonderful British Army Band Catterick as well as a piper who played "Heroes of Kohima". 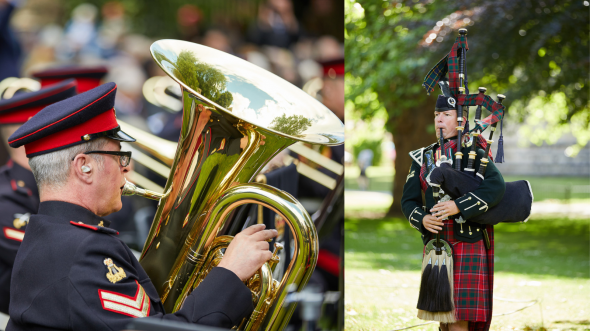 Photographs of the event taken by Olivia Brabbs Photography can be viewed via the button below.  Prints can be ordered via Olivia's website and a 10% discount is generously offered on orders placed in the month of July. 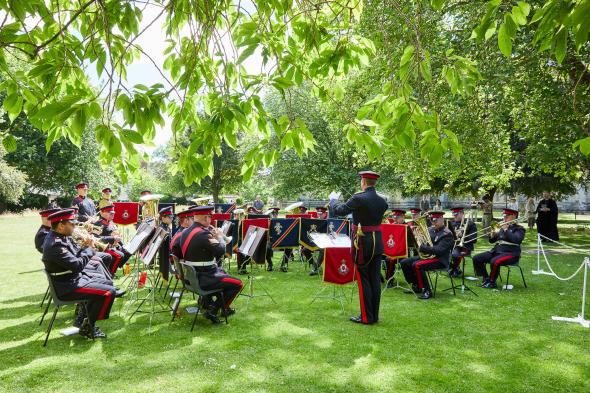 The first reading was Pericles’ Funeral Oration read by John Davis - John is the son of Capt Ronald Davis, a veteran of the battle, Royal Army Service Corps. Remembered with honour.  The reading is an excerpt from an oration given by Pericles, the Athenian statesman, at the funeral of those killed defending Athens in the Peloponnesian War.

The second reading was the poem "No Tears Were Shed at Kohima"  It was read by Philippa Harris.  Philippa is a daughter of Colonel Donald Easten MC, a veteran of the siege of Kohima. Royal West Kents. Remembered with honour.  The poem was written by Sergeant John Donne who fought in Kohima with the Lancashire Fusiliers.

The third reading was from the book of Romans 8:31-39  It was read by Charlotte Carty.  Charlotte is a granddaughter of Lt Col William Felix ‘Bruno’ Brown, CO 1st Assam Regiment. KIA. Remembered with honour.

Laurence Binyon’s famous lines were read as stiringly as always by WO1 (GSM) Brian Kiernan (below):

They shall grow not old as we that are left grow old;

Age shall not weary them, nor the years condemn;

At the going down of the sun, and in the morning,

We will remember them. 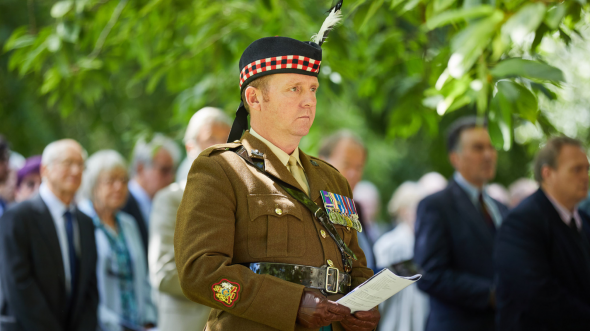 The Address was given by The Reverend Canon Victoria Johnson (below left) and Prayers were read by The Reverend Antony Feltham-White OBE QHC CF Assistant Chaplain General (below right). 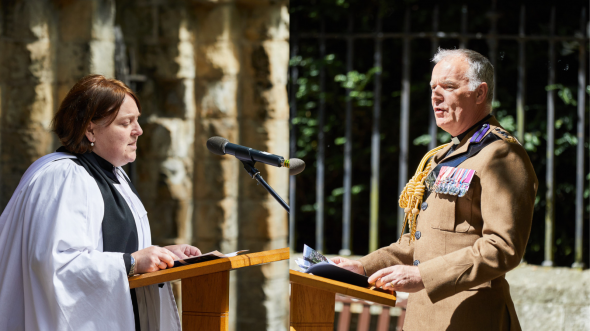 The Kohima Epitaph was read by Ms Bano Haralu (below).  Bano is the daughter of Naga Veteran Thepfoorya Haralu who was mentioned in despatches. He is remembered with honour.

When you go home
Tell them of us, and say,

For your tomorrow
We gave our today. 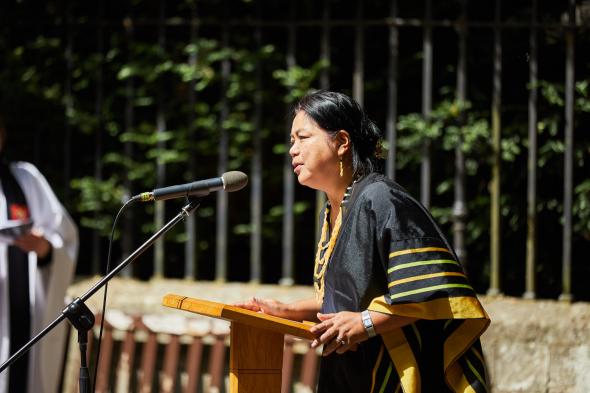 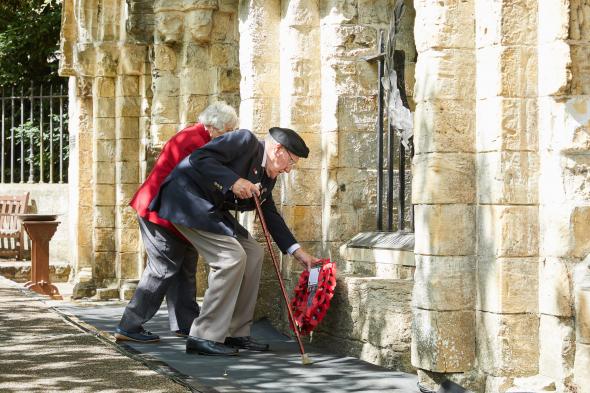 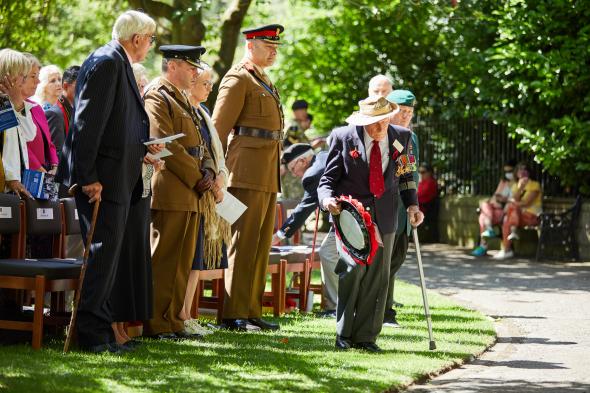 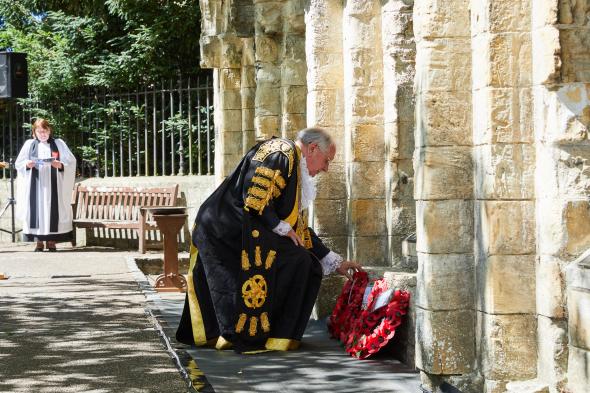 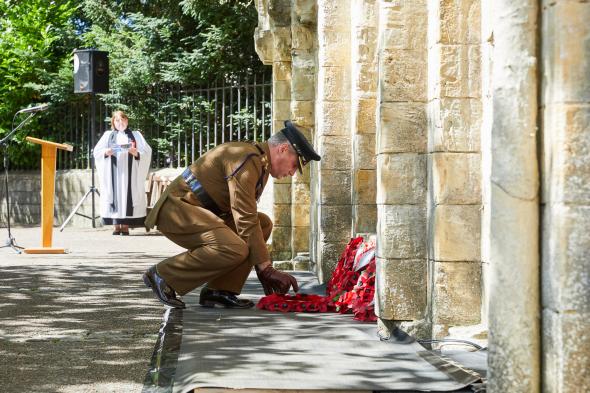 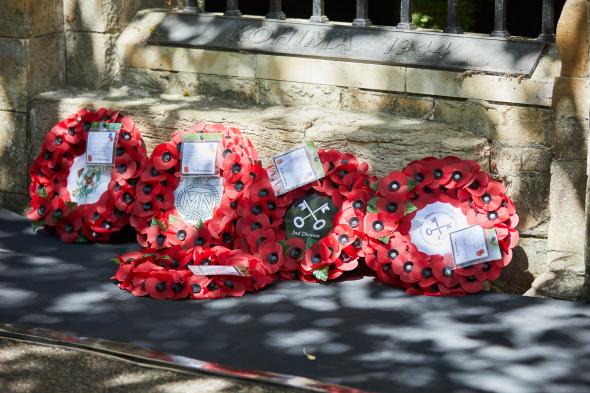 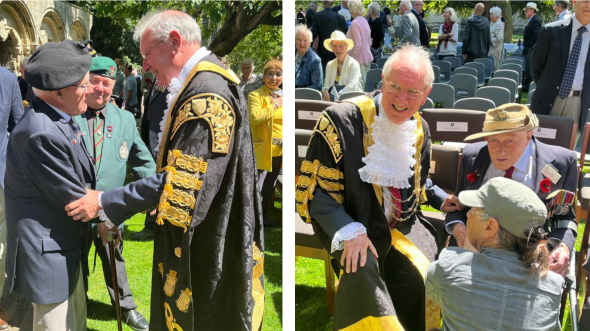 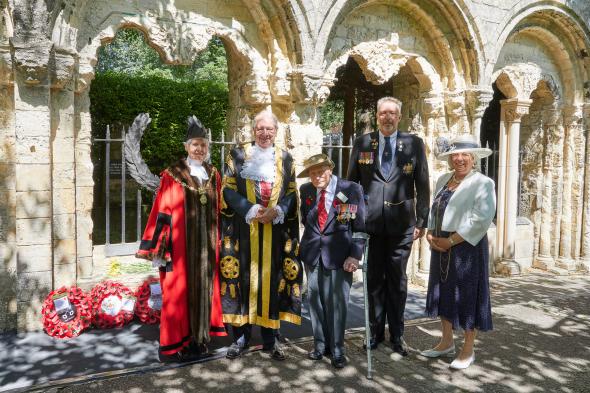 Our grateful thanks to the The Rt Honourable the Lord Mayor of York, Councillor David Carr, Lady Mayoress Mrs Lynda Carr (pictured left) with Veteran Fusilier Richard Day, and to Sheriff of York Suzie Mercer (right) for their support. 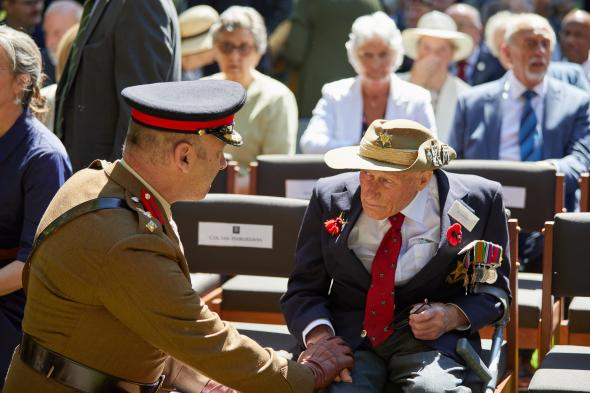 It was a great pleasure to welcome two of our friends and colleagues who travelled from Kohima, Nagaland to attend the service.  Dr Neibulie Gwirie (below left) and Ms Bano Haralu (below right), daughter of Naga veteran Thepfoorya Haralu.  They are both pictured with previous KET President Major General David Murray Naylor CB MBE DL. 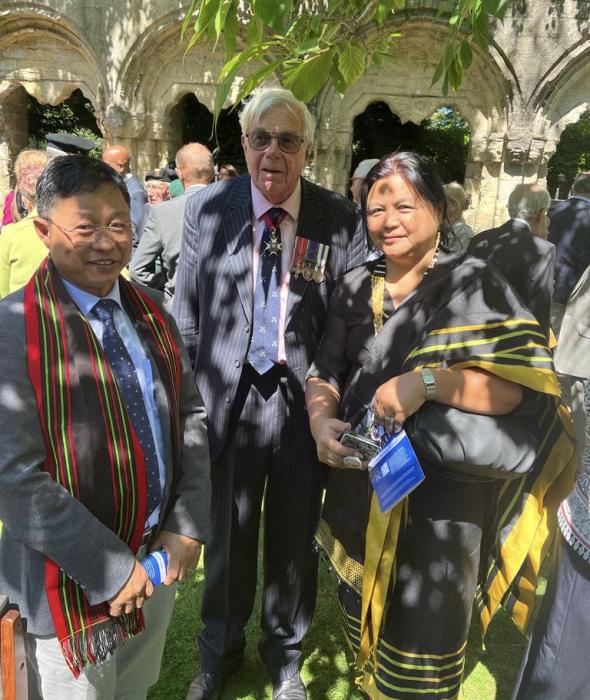 The Trust would like to extend our grateful thanks to the 2nd Signals' commanding officer Lt Col Matthew Jones, to GSM Brian Kiernan and to the soldiers of the 2nd Signal Regiment for their unstinting help and to the Chapter of York without whom this service would not be possible. 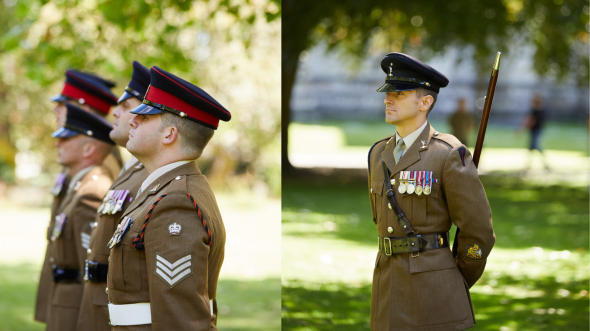 Finally our thanks to all who joined us in York - thank you to the veterans and descendants of veterans who joined us, to our speakers and to the families and friends. Thank you all for your continuing support and we look forward to welcoming you again next year.

We need your help. Donate today.