In March 2022 the long-awaited tour of Kohima set off, in conjunction with Indus Experiences, led by KET trustee and curator of the Kohima Museum, Bob Cook.  The travellers, whose long journey took them via Dubai and Kolkata reached Dimapur in Nagaland ready for the next stage of the tour.

The group consisted of two father & son pairs where, in each case, the father was visiting the grave of his father for the first time.  Also in the group: a brother & sister visiting the grave of their uncle, a man whose grandfather had been killed serving with the 1/8 Lancashire Fusiliers, a grandfather and his grandson who were paying a final visit to the ground where the grandfather’s own father had fought with the Queen's Own Cameron Highlanders.  Also joining the tour was a representative of the Durham Light Infantry Association and a representative of the Secret War Society. 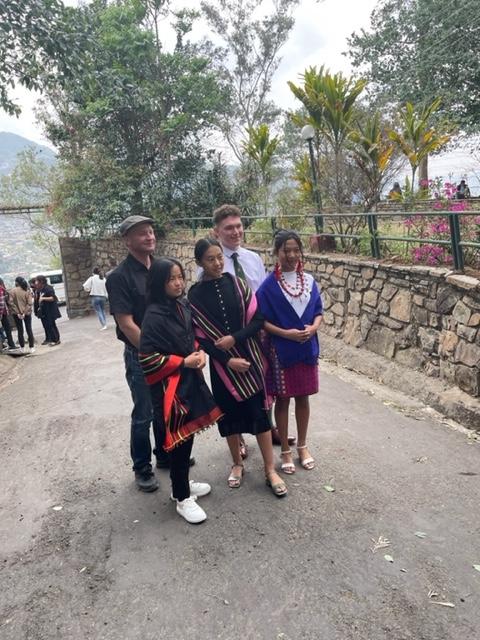 Pictured above: Charles Kobold (back left) and Kai Chacksfield (right and below in the eye-catching kilt!) great-grandson of a Cameron veteran (see news of his visit with his grandfather to the Cameron memorial).  They are photographed here alongside Naga students - recipients of KET scholarships. 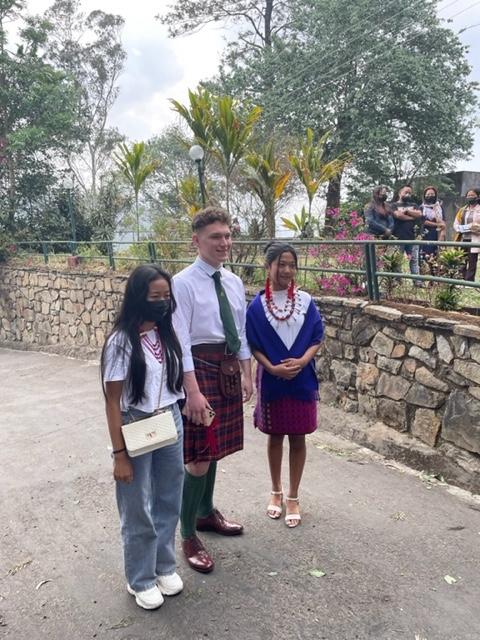 The below photo is of David Moakes and his sister Judith Matson. Their uncle Lance/Sergeant Thomas Moakes was in the Sherwood Foresters, attached to the Duke of Wellingtons. He was killed on the left flank of the Kohima fighting as a part of the 23rd Brigade.

This is the first time his grave has been visited since the war.  It was an emotional moment for David and Judith, and we are very touched that we have been alllowed to share this moving photograph.

L - R  L to R Alec Cleghorn-Brown, grandson of Lt Col Brown 2DLI Next to him is his father Richard.  Next to Richard (wearing the mask) is Clive Townsend and kneeling are Judith Matson and David Moakes. 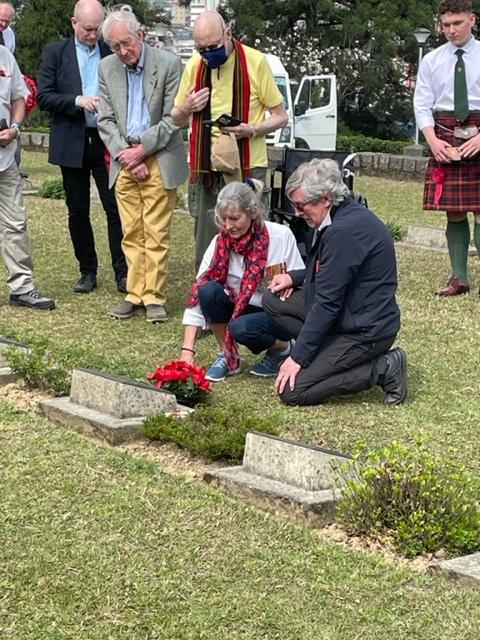 As the group gathered at Dimapur airport, a young female student approached and told Bob that she'd been supported by a KET scholarship and is now off to Medical School as a result of the opportunities she's received, and she wished to pass on her thanks to the Trust.

Another lovely encounter with a KET scholar: pictured below is our trustee Bob Cook with one of the Naga students who had presented Bob with a beautiful Naga scarf to be given to our long-time supporter Bob Street in thanks for his support of the young man's education.  It's wonderful that the tour group were able to meet and hear such inspiring stories and we're delighted to see and hear that the work of the Trust is having such effect and is so well appreciated. 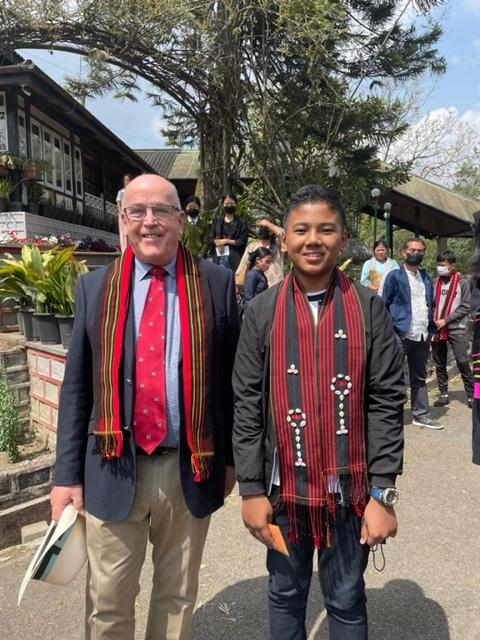