The Battle of Kohima

Our CEO Sylvia May joins lecturer Tim Bean, and others, for a seminar on the battle of Kohima, arranged by the Defence Surveyor's Association held at the Gurkha Museum in Winchester. 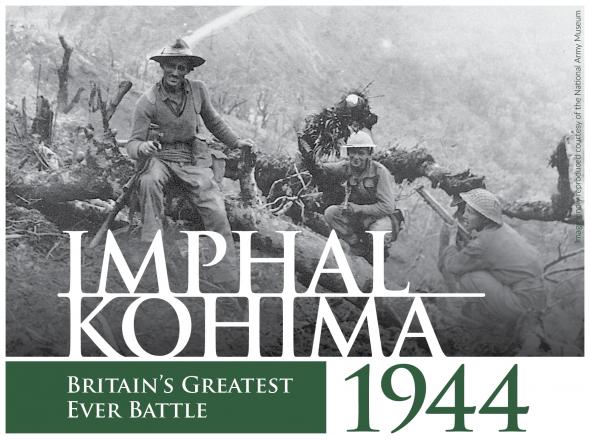 "The Battle of Kohima"

In 1944, the all conquering Imperial Japanese Army launched a major offensive against India's north-east frontier.  Against a backdrop of mountainous jungle terrain, monsoon rains and hazardous lines of communication, British, Indian, Gurkha, African, American, Chinese and local indigenous tribes took on a dogged and menacing enemy in some of the hardest fought and bloodiest engagements in history.

The 14th Army fought in the most challenging terrain, in the most demanding climate against the most brutal of enemies and was sustained by the most fragile of communication.  Yet, by Spring 1945a hungry, ragged and disease-ridden Japanese army was in full retreat from Burma into Siam and Malaya.  This presentation considers how innovation, determination and every means of resupply were exploited to sustain the 14th Army to victory.

This presentation examines the use and employment of armour by the 14th Army in Burma, the Japanese anti-tank response and how the 14th Army overcame numerous challenges in a theatre thought by many to be unsuitable for the widespread use of tanks.

Sylvia May, CEO of The Kohima Educational Trust

Sylvia introduces the video documentary about Kohima and the work of the Kohima Educational Trust, narrated by Diana Rigg.

In the photos below, Tim Bean speaks at the event organised by the Defence Survey Association, and the second shows KET CEO Sylvia May being presented with a cheque by the President of the DSA. 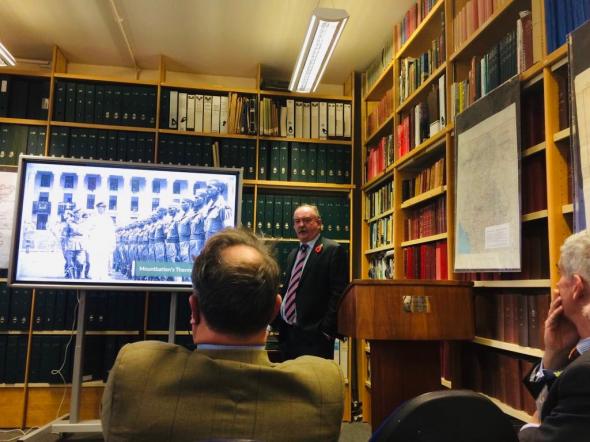 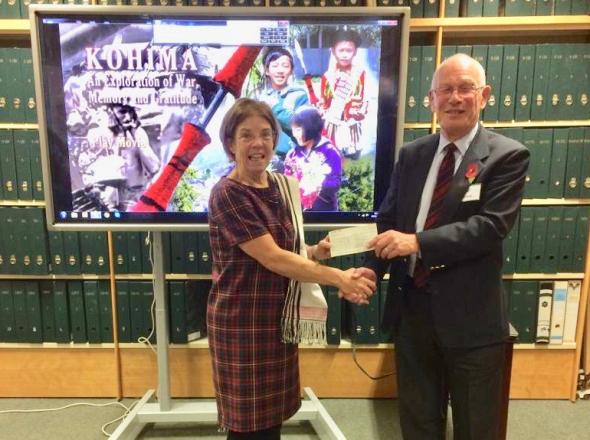 DONATE NOW +
The Road to Kohima: co-author Harry Fecitt in conversation with Dr Robert Lyman
Online Event: co-author Harry Fecitt will discuss the background and writing to “The Road to Kohima”…
Learn more
DONATE NOW +
KET runs with The Vitality Big Half Marathon
We are delighted that we'll have 5 supporters running on behalf of the Kohima Educational Trust in the…
Learn more
DONATE NOW +
KET Newsletter 2020 is published
The annual newsletter of the Kohima Educational Trust is published.
Learn more
We need your help. Donate today.